Highly-precise calibration over the wavelengths: better than ±0,002nm due to an embedded calibration lamp as a source of reference lines for automated operative calibration of the monochromator-spectrograph. Block, rigid framing provides a high temporal and thermal stability. 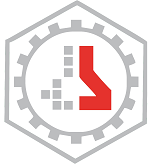